Which home automation technology is best?

Which home automation technology is best? 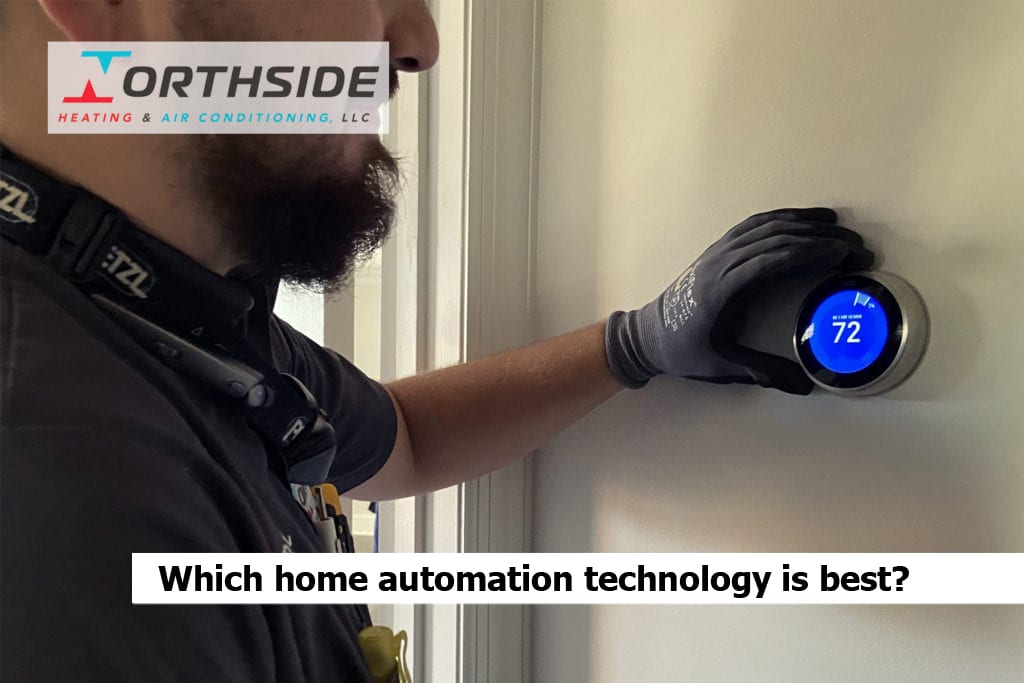 Home automation is an electronic device that enhances life quality by supporting the convenience and security of automation technology. It holds the power of transforming your house into a smart home. It could be a wireless remote program device or an intelligent, AI-powered assistant like Alexa.

Home automation devices and gadgets are powered with actuators, sensors and they are controlled through the internet and remote controllers. This article will walk you through some of the most popular and best-known home automation technologies.

Tech giants, such as Apple and Google, are increasingly designing smart home devices that can be powered with the Wi-Fi networks installed in a home. Wi-Fi is indeed the best and most popular home automation technology. This multiplexing technology allows smart devices to connect, however, Wi-Fi has a tendency to suck up all the power, draining the batteries.

While Wi-Fi allows smart home devices to be more efficient and facilitative with connectivity, it does quickly drain the battery.

Bluetooth is another commonly used technology to power home automation. We’ve been using it for decades to communicate and transfer data over short distances. In the arena of home automation appliances, it is mainly used to power smart door locks and lighting systems. Manufacturers prefer Bluetooth because it allows the device to be paired with other appliances that have the connectivity feature. It doesn’t consume as much power as Wi-Fi.

However, radiofrequency has many limitations, and it can only be used in simple automation technologies. With the advent of artificial intelligence (AI) and machine learning solutions, the reliance on radiofrequency is rapidly diminishing.

ZigBee is one of the most advanced and innovative technologies that power automation appliances, with its uses immensely popular for residential and commercial purposes. It combines radiofrequency with entirely wireless technology.

ZigBee can operate multiple devices, and it offers a highly competitive and well-designed product. As compared to other technologies, it is much more efficient and doesn’t consume too much power. In fact, ZigBee eliminates battery usage entirely. It is considered highly secure and customizable for a personalized home automation experience.

We’re all very well familiar with Wi-Fi, but have you ever heard the term Li-Fi? Li-Fi stands for light fidelity, and it is basically an electromagnetic spectrum that powers connectivity and communication. It is a more energy-saving resource that is widely given preference over Wi-Fi, Bluetooth, and other technologies.

Li-Fi is used to power home automation technologies in residential and corporate settings. Instead of radio waves, Li-Fi relies on infrared, ultraviolet, and visible lights.

If you’re looking for the right technology to power your home automation system, it is strongly advised to experiment and experience what each technology has to offer.